For fans of Gillian Flynn, Paula Hawkins and James M. Cain, a psychological thriller you should “block out time to read in a single sitting, preferably in the daylight.” (Library Journal) 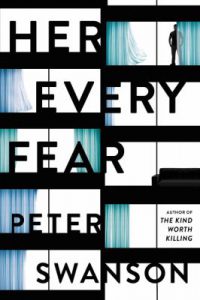 Hitchcocklian thriller – as tantalizing as cinema classics Rear Window and Wait Until Dark – involving a young woman caught in a vise of voyeurism, betrayal, manipulation and murder. The danger isn’t all in your head…

Prone to anxiety, Kate Priddy escalates to full blown panic attacks after being kidnapped and threatened with death by an ex-boyfriend. When the opportunity arises to swap apartments with a distant cousin in Boston, Kate goes in hope of overcoming the chaos her recent life has become. Leaving London, Kate moves into  Corbin Dell’s grand Beacon Hill apartment, only to find that his young next door neighbor, Audrey Marshall, has been murdered. The police question a shaken Kate who has more questions than answers about Corbin and Corbin denies knowing the woman.

Alan Cheney, a handsome, quiet tenant, lives across the courtyard from Audrey’s apartment. Kate’s questions intensify when Alan tells her he saw Corbin surreptitiously entering and leaving Audrey’s apartment the night before his departure. The uncertainty continues to pile up, as Kate meets others who claim Corbin is responsible for the death, finds disturbing objects in Corbin’s apartment and accidentally learns Corbin is not where he says he is. Could Corbin be a killer? What about Alan? Can Kate, exhausted and distraught, trust her own judgment? How close is the danger…in Her Every Fear? 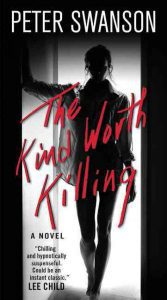 If you missed The Kind Worth Killing, Entertainment Weekly described it as Gone Girl with the volume cranked!

Ted Severson met the stunning Lily Kinter on a night flight from London to Boston. Over one too many martinis, the two exchanged intimate secrets as part of a game that turns dark when Ted claims he would like to kill his wife. Lily, without missing a beat, says calmly, “I’d like to help.” Back in Boston, the two continue to talk about how the killing might happen and, as Ted starts to fall in love with Lily, he worries about potential holes in their plans. Lily has her own dark secrets she’s not sharing and soon the two are embroiled in a deadly game of cat and mouse, one they cannot both survive.