Hi, and welcome back to the MadisonPL blog. We were gone for a while, but we’re back now and with a whole new attitude. My name is Joe P and I’m here to tell you all about my experiences with the tweens, teens, and young adults here at the library. I wonder how long I should keep this bit here. 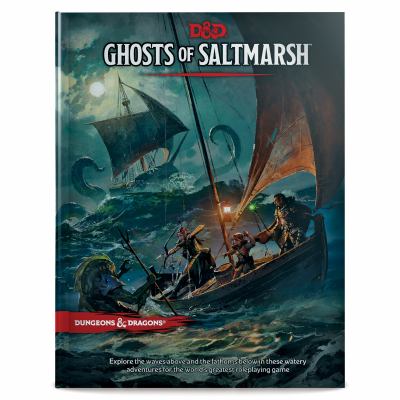 Click this picture to check out the D&D collection at MadisonPL!

UPDATE (9/5/2019): Another player has been added to the campaign. With a grand total of 8 players, I have decided to split the team into Groups A and B. Future posts will be noted as such.

So today (as in Wednesday, the 4th of September) was the second session of our Dungeons & Dragons (D&D) club for high school aged students – Experience Points (ExP). And even though I just said that it’s the second session, I’m labelling this session as “Session 1” because the first session was actually “Session 0” and… y’know just click here if you wanna know more about that.

Prep for a session of D&D [usually] starts way ahead of the actual session of the game.I have been preparing for today for maybe two or three weeks. This involves reading the chapters in the adventure book that I think the party might encounter. 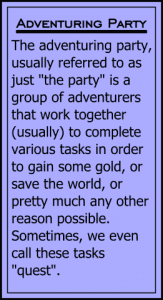 Of course, in that time span I’ve already forgotten most of it, so a good chunk of pre-bedtime last night was re-reading it all. Believe or not, re-reading D&D books is always a pleasure. And then there’s the mental prep – I have to consider the attention spans and attitudes of the players and also prepare any non-player characters’ (NPC) personalities and talking habits.

After all that, there’s note taking, printing those notes, printing maps, printing character sheets, doodling characters, and so on. A D&D game can be as involved as one wants it to be. I personally like to keep things light and easy, but I always get carried away with the prepping… and then don’t use any of the materials I prepare.

And then finally… game day.

Today we set up in the Ruth Johnson Room in the Blue Section of the library – it’s where a lot of the children’s storytimes are held. Y’see, the big ol’ MacKenzie Room is currently full of books that you, dear readers, can look at and purchase as part of our book sale.

I set up the fancy wall projector and loaded up some videos to start the session with. I specifically use a series of videos called Handbooker Helper by the folks at Critical Role on YouTube to teach the kids the bits and pieces of how to play Dungeons and Dragons.

By the time I was set up, it was already time to begin…

And lo and behold, I had three more players added to the previous set of characters mentioned in Session 0. After giving the new faces the basic rundown of the world that they are playing in, we quickly came up with their character motivations and why they are heading towards the town of Saltmarsh.

Our new players are:

If you are keeping score, that’s a total of 7 players – two clerics, two rogues, one wizard, one sorcerer, and one bard. Brie couldn’t make it today, so the party sat at a comfortable 6. I try not to have a party bigger than 6, so we’ll see what happens next session and whether I need to split ExP into two groups.

It was determined that these new characters are a musical band known as Spaghettios and the Big Mistake – or Uh Oh Spaghettios for short.

I started our adventure thusly:

On the continent of Flanaess, there is a city known as Greyhawk. Once upon a time in this city there was a young lass known as Constance. Constance has red skin, a tail, and horns upon her head. Also, she’s an orphan trying to survive on the mean streets of the city. One day, while on the run from some trouble she accidentally stirred up, she was saved by a man named Joe who took pity on her and taught her everything he knew in the ways of thieving… and sometimes stabbing. Years passed and eventually, Joe knew he had to let Constance go on her own. A teary goodbye.

Me: “Sorry, I’m kinda just improvising this bit to get us going.”

Gracie: “That’s pretty much exactly what I had in mind for my backstory, so it’s fine.”

It wasn’t long after that our little thief found her way to a broken elf woman – Syit. Y’see, in her youth, Syit and her friends thought it was a fantastic idea to play with magic.

Not wanting more trauma to take over Constance’s life, Syit began to keep an eye on the young tiefling and they had adventures of all sorts.

Until one day, word came from Joe that Constance had become wanted and she needed to start a new life elsewhere. Joe sent fresh – and more importantly, clean identification papers to Constance and Syit along with his old war buddy, Yorg, Cleric of Bahamut. Their destination: Saltmarsh – a town of new beginnings.

And so, I had the kids draw some paper miniatures and place them on a little boat map that I had made in advance.

It was at this point that I realized that I need to find a way to get the Uh Oh Spaghettios gang in the game, so after describing the day (Pleasant autumn afternoon, sounds of waves and creaking wood of the boat), the band is approached by the captain of the sailing ship Cadenza that approaches Saltmarsh – Captain Beatrice Dawnrider. She requested the band play a little tune to life the spirits of the crew as they worked. Uh Oh Spaghettios agreed and I had them roll their very first skill check.

It goes a little something like this: (Please note, I do not remember the precise dice roll results during this game, I will be pretty vague about actual numbers) 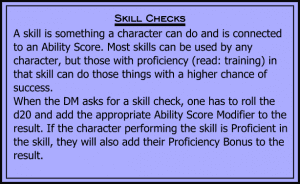 While this is going on, I ask the other group of players what each of them is up to. 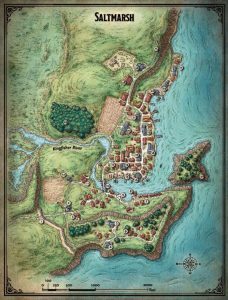 Upon landing, I handed each of the players a map of the town complete with little numbers on it that show the points of interest. It was at this point I pretty much gave semi-free reign to let them do whatever they want. As expected, they don’t decide on anything and kind of talk amongst each other about other things. So, they aren’t all feeling that “I’m immersed in another world” feeling yet… I’ll get them there eventually.

A very well-dressed older gentlemen approaches them on the dock as workers push past carrying cargo. I describe him as having a nice hat, a neatly trimmed beard, and an energy that can only be described as “Lando Calrissian”… one of the players proceeded to ask “Who?” and I repeated myself… only to be asked “Who?” again. My heart then proceeded to shatter into about a million pieces.

This gentleman notes the characters’ instruments and asks them where they are intending to find lodgings, the Spaghettios and Yorg think that the Snapping Line sounds like a nice place to stay. The gentleman compliments the group to win their favor, slowly leads the party out of the way of the dock workers and explains that the Snapping Line is a great place to stay and would be a great venue for shows. He introduces himself as Gellan Primewater (Some of the players:“… I think that’s the guy?”) and tells them that if they need anything or are looking for some work to find him either here by the docks or with the council members of the town.

Unfortunately, the Snapping Line seems too “open” to Syit and Constance. They notice across the mouth of the river another tavern – The Empty Net. I have them roll Perception Checks and explain that it doesn’t seem like too many guards patrol the area around his seedier looking tavern. Wanting to get out of the public’s eye, the duo head that way.

As the party lights torches and casts Dancing Lights, they are joined by curious townsfolk and begin their hour-long journey east. The townsfolk heckle and praise the party but ultimately come to a stop before they can see the haunted house at the top of the hill…

Note: I’m not the biggest fan of dungeon crawling – an adventure that focuses on some kind of building or cave system that goes room by room with different (or no) encounters in each chamber. But I’ll try my best to describe everything that happens.

I explain that the house is old and decaying. There is nothing in the windows and a squeaky gate sways in the wind. There’s a well and a garden. Three entrances into the house. A front door. A back door. And a patio door. 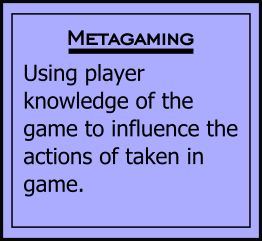 Jack approaches the house and bangs on his drums a few times before performing the spell “Thunderclap” which produces a very loud… thunderclap and causes damage to anything that hears it within a 5-foot radius. No response from the dilapidated house, but a few large weasels skitter across the overgrown gardens.

Yorg approaches the house and checks for traps at the front door. I have him do an Intelligence (Investigation) Check. He rolls a 3. I tell him that the door looks a-okay.

Constance, having little faith in Yorg’s abilities, also investigates the door… and rolls a 6. I tell her that it’s all hunky dory.

Fej – in an attempt not to metagame – opens the door. Nothing happens. I reward her with an Inspiration Point for not metagaming.

I describe the house. There are three wings, a north wing, a west wing, and an east wing. Above the east wing entrance is a staircase leading to a balcony that overlooks the entrance hall. Fej heads upstairs and crosses the balcony. The balcony creaks and gives way under her. I have her make a Dexterity Saving Throw to escape the danger. She rolls a 13 vs the collapsing balcony’s difficulty of 12. She safely jumps to the other side and begins exploring the upper north wing of the house.

The rest of the party follows her up the stairs. Jeff investigates the broken balcony and notes that the wood frame is old and decayed. He also notices some footprints in the dust of the house leading to the upper east wing. The party, minus Fej, head that way. There are three doors and three windows in the upper east wing corridor. The party notices that something glints in one of the windows. Yorg begins to head that direction but Syit uses her Eladrin ability Fey Step to teleport directly to the spot. I describe the Fey Step as Syit taking a step forward in one location and finishing the step elsewhere. It’s not like a longstride but like in film terms, she’s in one location during one frame and in the next frame, she’s 30 feet away.

The glinting object is a key.

The group splits even further (I know…) to explore the rooms.

It is here that we ran out of time and packed up for the day. The beginning was rough, but the group is starting to understand my push for the game to be more character driven than gameplay driven. We’ll see how it continues in two weeks. Thanks for reading! 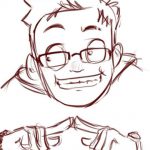 Experience Points meets on 1st (Group A) and 3rd (Group B) Wednesdays, 3 to 5:30 p.m. New players are welcome and experienced players are welcome to form their own groups to play independently in the session space. Talk to Joe, that’s me, for more info.