Home » Adult » Adult Books » From TV to the tabletop:

The following are a few of the many tabletop games based on TV shows with a few from across the pond you might recognize.

Doctor Who Adventures in time and space

Imagine you could go anywhere. This world or countless others, encountering strange alien races, new cultures or hostile environments. Now imagine you could travel to any time. Meet Queen Elizabeth I (and maybe marry her!), discover the secrets under the Tower of London, watch the Moon landing (from the Moon!) or travel into the far future as humanity spreads to the stars. Where would you go?

The whole of time and space is out there, full of new places to see and adventures to be had – what are you waiting for?

Click here to place Doctor Who Adventures in time and space on hold for your next game night. 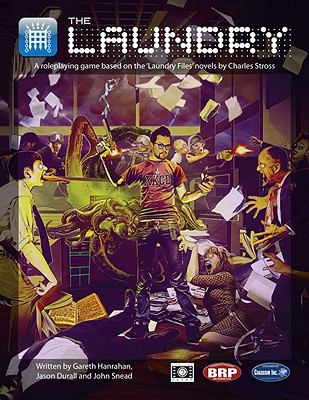 There are things out there, in the weirder reaches of space-time where reality is an optional extra. Horrible things, usually with tentacles. Al-Hazred glimpsed them, John Dee summoned them, HP Lovecraft wrote about them, and Alan Turing mapped the paths from our universe to theirs. The right calculation can call up entities from other, older universes, or invoke their powers. Invisibility? Easy! Animating the dead? Trivial! Binding lesser demons to your will? Easily doable! You may even get to save the world (Just make sure you get a receipt).

The Laundry Files Roleplaying Game is based on the best-selling novels by Charles Stross. In the game, you play officers of the Laundry, that eccentric and underfunded agency dedicated to protecting the United Kingdom from unthinkable horrors. The Laundry uses the Basic Roleplaying System – the same system that powers the classic Call of Cthulhu roleplaying game (so you can easily convert adventures from one game to the other). As Laundry staff, you’re trained to deal with the weird and ghastly spawn of the Mythos, you’re equipped with the best equipment your committee-approved mission budget can buy, and you’ve got back-up on call from the SAS.

Click here to place Laundry Files Roleplaying Game on hold for your next game night. 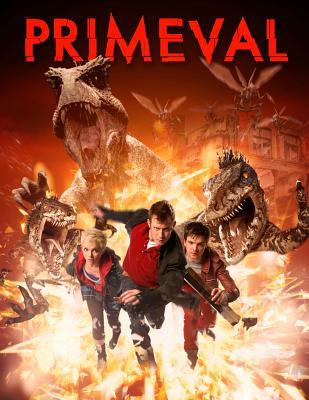 The past, present and future of Earth collide as mysterious Anomalies open up everywhere. You are part of an elite team of specialists. Your mission – keep prehistoric monsters in check, preserve the timeline, and uncover the secrets behind the Anomalies. You must protect the modern world from savage dinosaurs, primeval monsters and the horrors of the far future, but not everyone’s on your side. Who can you trust?

Based on the hit TV show, Primeval lets you play as Nick Cutter, Connor, Abby and the rest of the Anomaly Research Centre team, or create your own groups of dinosaur hunters and time travellers. Billions of years of danger and adventure awaits on the other side of the Anomalies!

Click here to place Primeval on hold for your next game night. 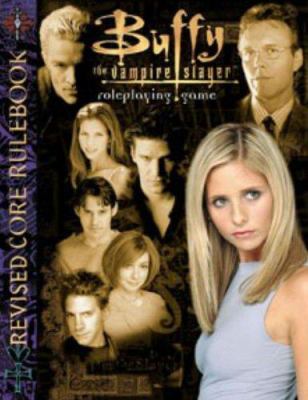 A Buffy roleplaying game has got to be a game that’s all slay and all play, cinematic roleplaying at its best without a lot of number crunching. This is “butt-kickers and vamps,” with just enough dice to give everyone something to do.

Taking material at will from a series of game books (kind of like a Las Vegas buffet), players help tell a fully interactive story guided by a Director, who works very hard to give them all something to reduce to a pile of dust. The Director sets up a story treatment, casts the bad guys and innocent victims, and keeps everything pointed roughly plotward — the players take the roles of characters from the show, or Slayers and Scoobies from their own imagination.

With the Buffy the Vampire Slayer RPG, you can play one night stands against demons, or go the whole semester with Buffy, Willow, Xander and the rest in a series of interconnected adventures.

Click here to place Buffy the Vampire Slayer on hold for your next game night. 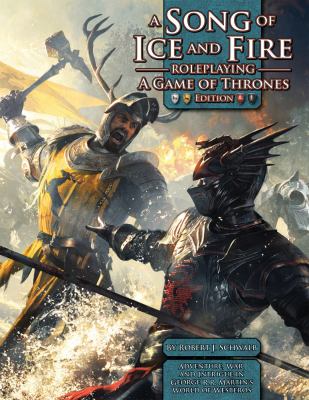 A Song of Ice and Fire Roleplaying game

For years, readers have thrilled to the saga of Westeros as told in George R.R. Martin’s best-selling A Song of Ice and Fire fantasy epic. The new edition of Game of Thrones A Song of Ice and Fire Roleplaying game gives you everything you need to play and run games in the Seven Kingdoms using an easy to learn system specifically designed to evoke the atmosphere of the best-selling novels and hit TV show. Now you can tell your own tales of the Seven Kingdoms and play the game of thrones in this roleplaying game custom designed to reflect the realities of Westeros. Play is centered around not just characters but noble houses. You and your fellow players take on the roles of key members of a noble house navigating the perilous waters of Westerosi politics and intrigue. Now is your chance to play.

This edition includes the entire contents of the original A Song of Ice and Fire rulebook, revised and updated, plus the full length adventure Peril at King’s Landing and a gorgeous new cover by fan favorite Michael Komarck!

Click here to place A Song of Ice and Fire Roleplaying game on hold for your next game night.