There have been a number of new books in the past few years about the experiences of our soldiers on active duty and as they return home. The titles cover the reality of nonfiction and the impressions of fiction and novels that sometimes feel even more real. Two new books came across my desk this summer that make these experiences very personal, while highlighting some of the gaps in the followup and support our military veterans see upon their returns. 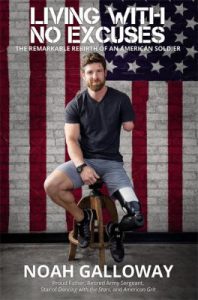 Living With No Excuses: The Remarkable Rebirth of an American Soldier by Noah Galloway is a biography of a serviceman who lost his left arm and leg, but went on to be a world-class athlete, motivational speaker, finalist on Dancing with the Stars and the star of American Grit. Galloway was a sergeant in the 1st of the 502nd Infantry of the 101st Airborne Division during Operation Iraqi Freedom. Several months into his second tour, he was seriously injured in an IED attack. His story starts in aftermath during December 2005. Galloway shares the pain, anger and confusion of his long recovery as he returns home and deals with his physical recovery. The range of challenges from physical to financial to emotional to strained relationships could be overwhelming. Galloway lets us into his head as he moves through these, eventually becoming the success  he is today. But this story was not a straight trajectory.

Luke Mogelson’s stories These Heroic, Happy Dead, is a glimpse into the lives of peo 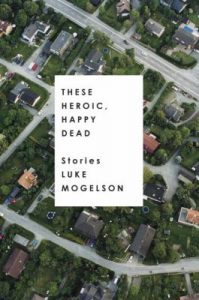 ple changed by war. Our protagonists are veterans and civilians who served in war zones and experienced the violence first hand. Now they are back in America and the echoes of experience have differing impacts on their lives. From experienced leaders to flawed infantrymen, a mother, a child, a translator and a foreign correspondent, we see the experiences firsthand from varying points of view. From active combat mostly in Afghanistan to home front jobs and families, these stories fill in some of the blanks from Galloway’s experience.