Home » Adult » “If I have seen further, it is by standing on the shoulders of giants.”

Reading biographies is like standing on the shoulders of giants (thank you Sir Isaac Newton for the quote). There are lessons to learn, insights to be had and, sometimes, friends you wish you’d had the chance to make in those stories of people’s lives. A recent day brought a whole stack of new biographies across my desk, reminding me of the wide variety of stories in the Biography secyion in the Gold area. Biographies are arranged by the names of the people they are about. This is what came in just that day: 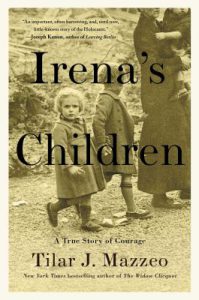 Irena’s Children: A True Story of Courage by Tilar J. Mazzeo – Irena Sendler was a female “Oskar Schindler” who risked her life saving 2,500 children from death and deportation from Poland during World War II.

A Life Well Played: My Stories by Arnold Palmer – A timely autobiography from one of golf’s greatest players.

Taylor Swift: This Is Our Song by Tyler Conroy – Ten years after her first album, Swift’s fans have teamed up to create an over-sized biography/scrapbook of her career. 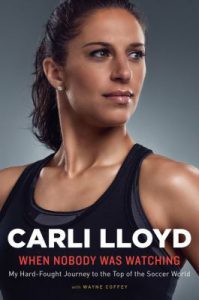 When Nobody Was Watching: My Hard-Fought Journey to the Top of the Soccer World by Carli Lloyd – An inspiring story from the captain of the US woman’s national soccer team which won the first U.S. FIFA championship in sixteen years in 2015.

My Own Words by Ruth Bader Ginsburg – An engaging collection of writings and speeches by Supreme Court Justice Ginsburg. 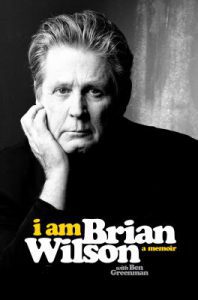 I Am Brian Wilson: A Memoir by Brian Wilson – Memories of the legendary member of the Beach Boys. (Good Vibrations: My Life as a Beach Boy by Mike Love also came out recently.)

The Red Banadanna: A Life. A Choice. A Legacy by Tom Rinaldi – The story of Welles Crowther who gave his life on 9/11 rescuing people from one of the burning towers. It was eight months after the attack before his parents found out what happened to him from reading transcript descriptions by survivors.

Not all biographies end up in the “Biography” section. Some have more of a story to tell or are about someone whose name you might not recognize. These are shelved with books on their topic, such as the following: 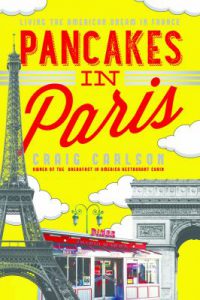 Paris in Pancakes: Living the American Dream in France by Craig Carlson in Travel – Europe — France — Car in the Gold area – When Carlson visited Paris, he loved it, but found only one thing missing – a good ol’ American breakfast. So he started the first American breakfast joint in Paris.

Sorry Not Sorry: Dreams, Mistakes and Growing Up by Naya Rivera in Self-Help — Motivational — Riv in the Gray area – As a child star and teenager growing up on television, Rivera faced a lot of challenges early. Now she has taken a step back and looked at what it takes to pursue your dreams.