March heralds springtime complete with roaring winds (lions) and leprechauns! Explore some books with your preschooler on one of March’s rainy days. Click on book to place a hold.

Legend has it that if you catch a leprechaun, he’ll grant you a wish. But, be careful! Leprechauns are full of trickery. To catch one, you’ll need to be clever in crafting your trap. Grab some glitter and glue and get prepared for your wily holiday visitors! 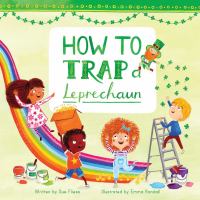 On the night before St. Patrick’s Day, leprechauns show up to steal your treasures and then disappear as quickly as they came. However, if you’re careful you might be able to catch one and then he’ll grant you a wish. You’ll have to be sneaky and set just the right trap to trap a leprechaun.

Sue Fliess’s read-aloud text and Emma Randall’s whimsical illustrations will provide much fun for young readers eager to catch their very own leprechaun! But beware: leprechauns may leave you with nothing but a cardboard box and a shoe or two.

This St. Patrick’s Day, don’t let that Leprechaun get away!How to catch a leprechaun?It’s tougher than you think!He’ll turn your whole house upside down.He’s quicker than a wink!You’ve been planning night and day, and finally you’ve created the perfect trap! Now all you need to do is wait. Is this the year you’ll finally catch the leprechaun? Parents and children will love starting a new St. Patrick’s Day tradition with this 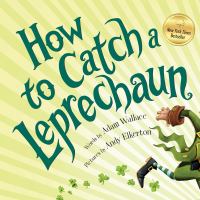 How does a very small girl hide a very large lion? It’s not easy, but Iris has to do her best, because m 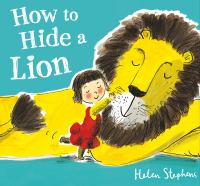 oms and dads can be funny about having a lion in the house. Luckily, there are lots of good places to hide a lion–behind the shower curtain, in your bed, and even up a tree. But can Iris hide her lion forever? With Helen Stephens’s timeless art and elegant text, readers will fall in love with Iris and her lion.

Small turns out to be more powerful than big in this hilarious story about outwitting a bully. Lion bullies all the other animals until finally they can’t take it anymore. They post an ad, asking for help. One animal after another tries and fails to defeat Lion. Can no one stop him? Finally, a rabbit arrives. No one thinks that such a small animal will be brave enough or strong enough to defeat Lion. But perhaps this rabbit is smart e 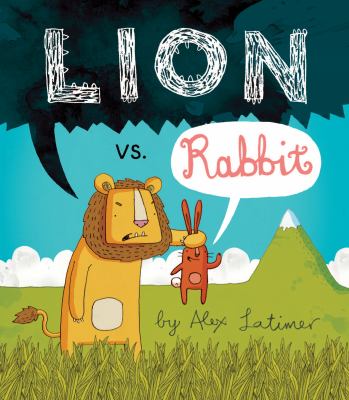 nough? Another hilariously quirky tale from Alex Latimer, filled with visual puns, wordplay, and an entertaining and unique message about working together to defeat a bully. 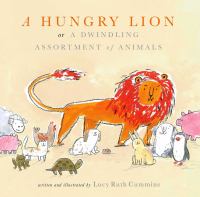 Once upon a time there was a hungry lion and a bunch of adorable animals…what do you think happened next?

There once was a hungry lion, a penguin (Well he was just here…), a little calico kitten (I could have sworn I just saw him…), a brown mouse (Now wait a second…), a bunny with floppy ears and a bunny with un-floppy ears (Okay this is just getting ridiculous), a frog, a bat, a pig, a slightly bigger pig, a wooly sheep, a koala, a hen, and also a turtle. Hey! What’s going on here…

The very hungry lion is all set to enjoy an exciting day with his other animal pals. But all of a sudden his friends start disappearing at an alarming rate! Is someone stealing the hungry lion’s friends, or is the culprit a little…closer to home?