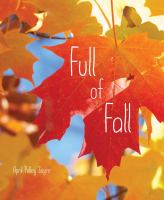 With gorgeous photo illustrations, award-winning author April Pulley Sayre explores the transformation trees undergo in fall. The book takes readers through the leaves’ initial change from green to red, yellow, and orange, the shedding of the leaves, and the leaves crumbling as winter approaches. Extensive back matter explains the science behind this process to the youngest of budding scientists.

On her way to Grandma’s house, Little Red Riding Hood meets a wolf. Now, that might scare some little girls–but not this little girl! She knows just what the wolf is up to, and she’s not going to let him get away with it. In this updated fairy tale with a mischievous twist, talented newcomer Bethan Woollvin uses sly humor, striking visuals, and a dark irreverence to turn a familiar tale on its head.

From the celebrated team behind Creepy Carrots!, Aaron Reynolds and Caldecott Honor winne 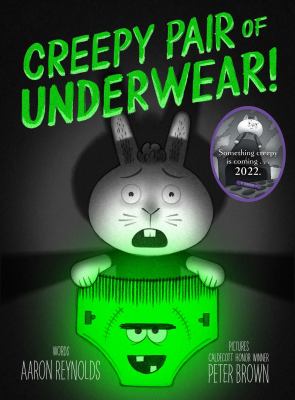 r Peter Brown, comes a hilarious (and just a little creepy) story of a brave rabbit and a very weird pair of underwear.

Jasper Rabbit is NOT a little bunny anymore. He’s not afraid of the dark, and he’s definitely not afraid of something as silly as underwear . But when the lights go out, suddenly his new big rabbit underwear glows in the dark. A ghoulish, greenish glow. If Jasper didn’t know any better he’d say his undies were a little, well, creepy . Jasper’s not scared obviously, he’s just done with creepy underwear. But after trying everything to get rid of them, they keep coming back!