Hi, and welcome back to the MadisonPL blog. My name is Joe and I’m here to tell you all about my experiences with the tweens, teens, and young adults here at the library.

Today is Monday. I have existed on this world for many Mondays now – somewhere between 1560 and 1567 Mondays… I don’t want to count. During this span of Mondays, specifically sometime around Monday 554 or so, I was introduced to a cartoon that changed the world: Pokémon.

I am now 30 and the world of Pokémon (or as I call it “Pokermans”) includes video games, cartoons, card games, toys, films, and so much more. It has gone through many iterations with each introducing more creatures (the eponymous Pokermans) that to be quite honest, I can’t keep up with anymore. When I was a wee laddie, there were exactly 150 of those “Pocket Monsters”… plus one Mew… plus sorta one missingno. According to the Google machine, there are now 807 Pokermans.

Fast forward to the year 2019. We’ve been tasked with coming up with events and activities for the upcoming school year – specifically those pesky teenagers and young adults that are hard to get a hold of for anything. It was around this time that I was informed by my partner that she had been convinced to start playing the mobile phone game PokémonGO (PoGO). PoGO came to our smartphones in 2016. It uses our phones GPS capabilities to populate our real world with digital Pokermans. It was HUGE and then it’s popularity petered a bit, and recently the game has made a small comeback with in game events and whatnot. I knew that the teens at the library were playing the game again and decided to host a library PoGO event up at our lovely Madison Village Square. 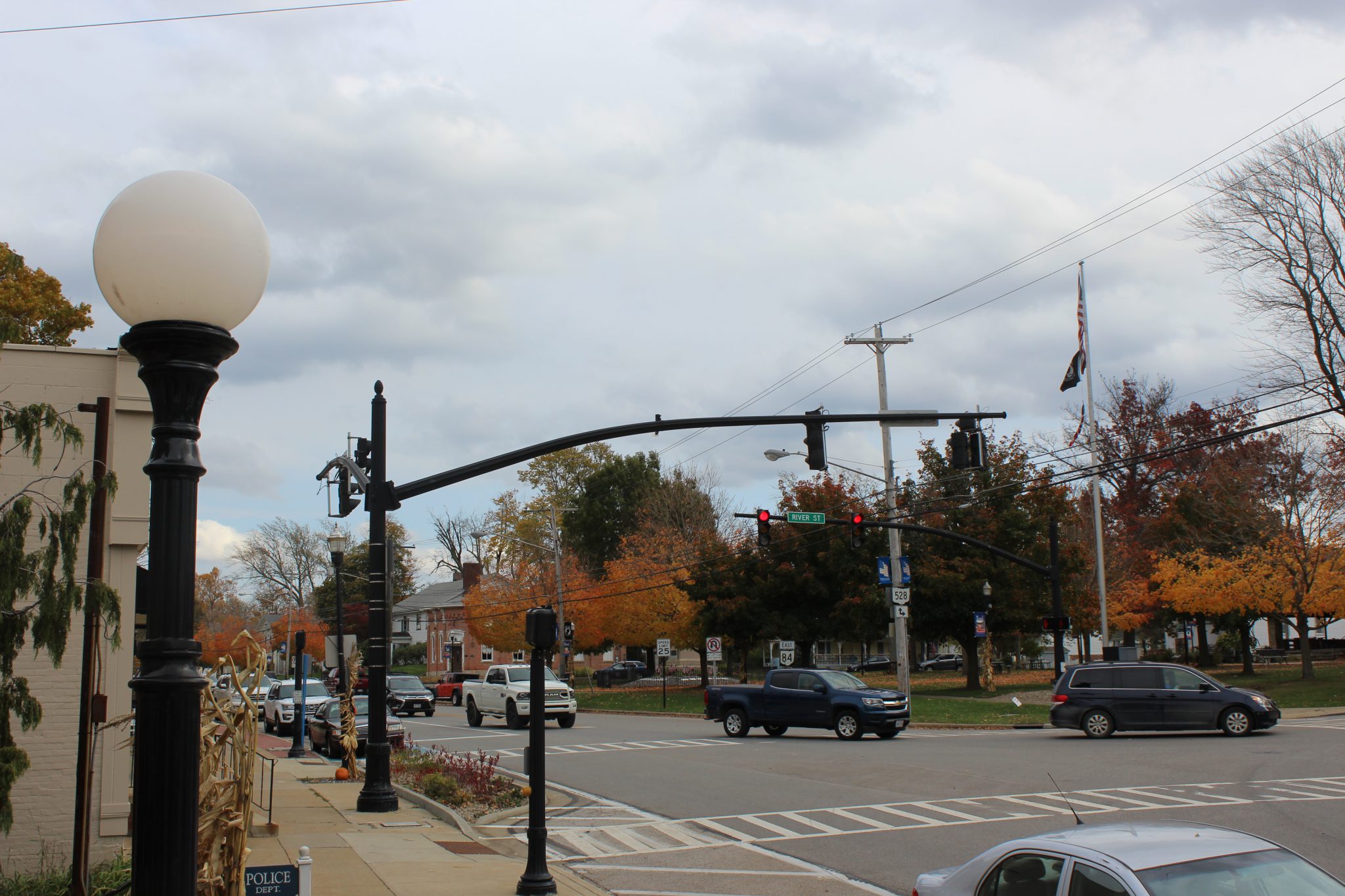 It’s a great location to play PoGO because there are a lot of in-game “PokeStops” – an interesting place or landmark a player can visit (In the real world) where they can gather in-game items (Within the game) to catch and battle Pokermans.

We gathered on Saturday, Nov. 2 at noon in front of the gazebo. There were 7 of us: 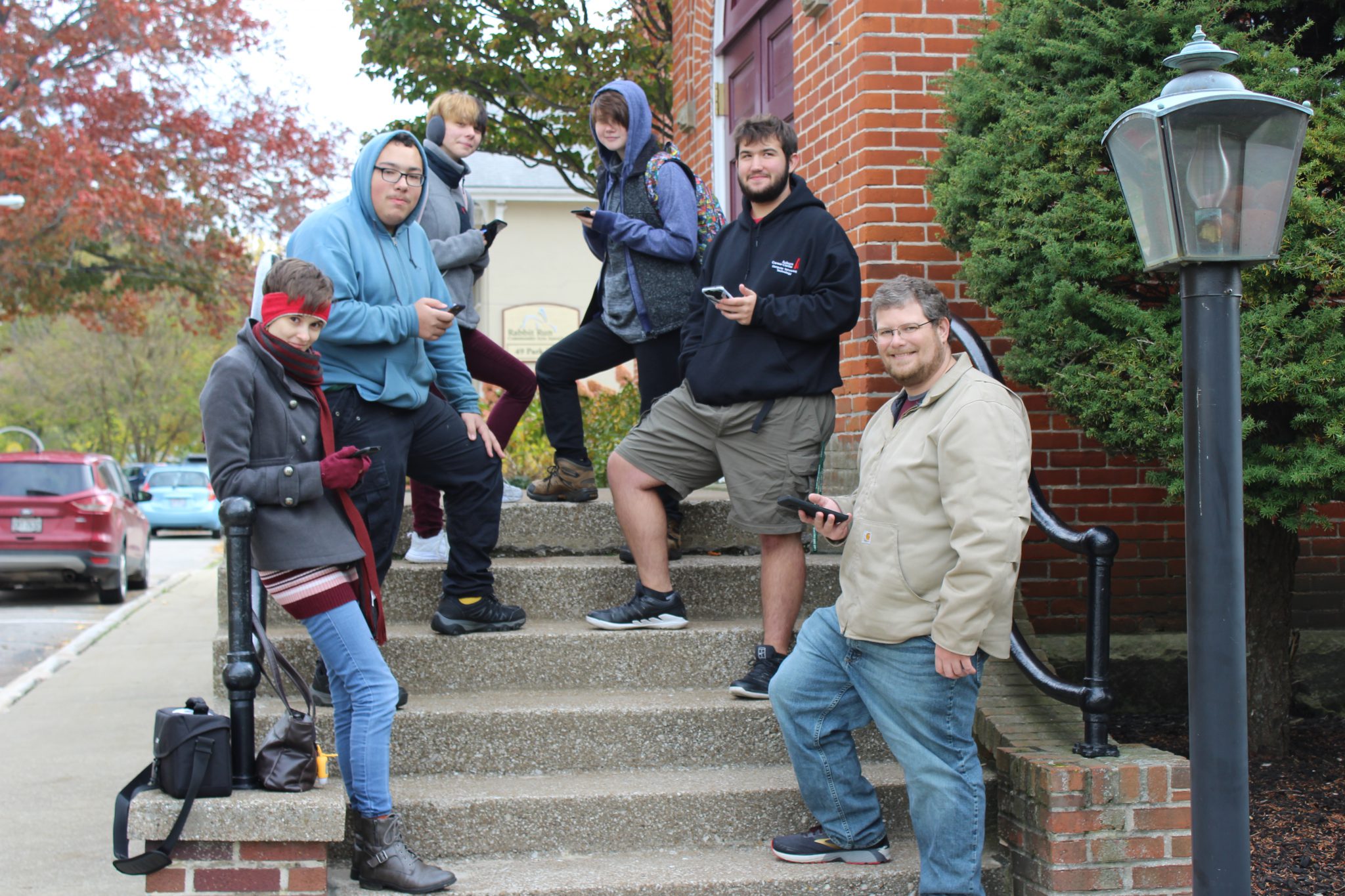 From bottom left, clockwise – Kristina, Kamron, Max, Rowan, Charley, Shawn. I am represented by Kristina’s scarf. (CHARLEY, WHY DO YOU INSIST ON NEVER LOOKING AT THE CAMERA)

We quickly got to spinning stops, battling gyms (a special stop where players can leave a pokemon to “claim” the gym for their team), and doing raids. Raids are special encounters at pokegyms where multiple players need to work together to defeat a very powerful pokemon after which each player involved gets a chance to catch the rare pokemon for themselves.

By pure lucky chance, there was a special event going on during that weekend giving us a chance to catch some very rare pokermans in raids. I constantly forget their names, so I just call them “The Reggies”: Regirock, Regice, and Registeel. Within the first few minutes of meeting up, we defeated and caught a Regirock located at the veteran’s memorial pokegym in the square. It was quite exciting working together with the kids. There is no way any of us could defeat the rare pokemon on our own (something that Shawn must deal with constantly because he lives in the middle of nowhere and has no pokefriends out there).

Rowan then took the lead to supposedly route us to each of the many pokestops in the Village in an efficient manner. I don’t know if it was really efficient, but the stops are close enough to each other that it didn’t really matter and we still had a lot of fun. 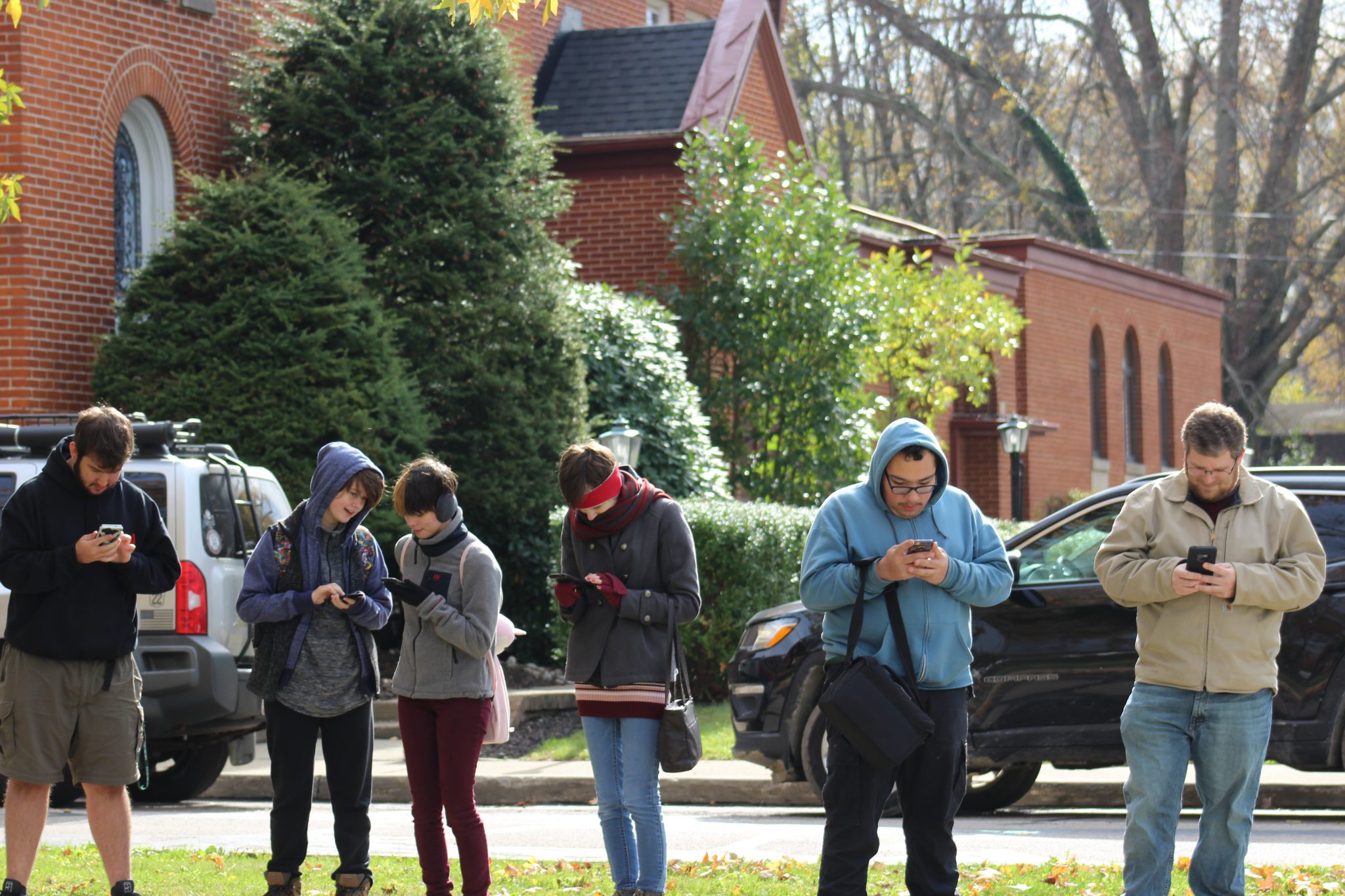 There’s a lot of pictures of people staring at their phones. 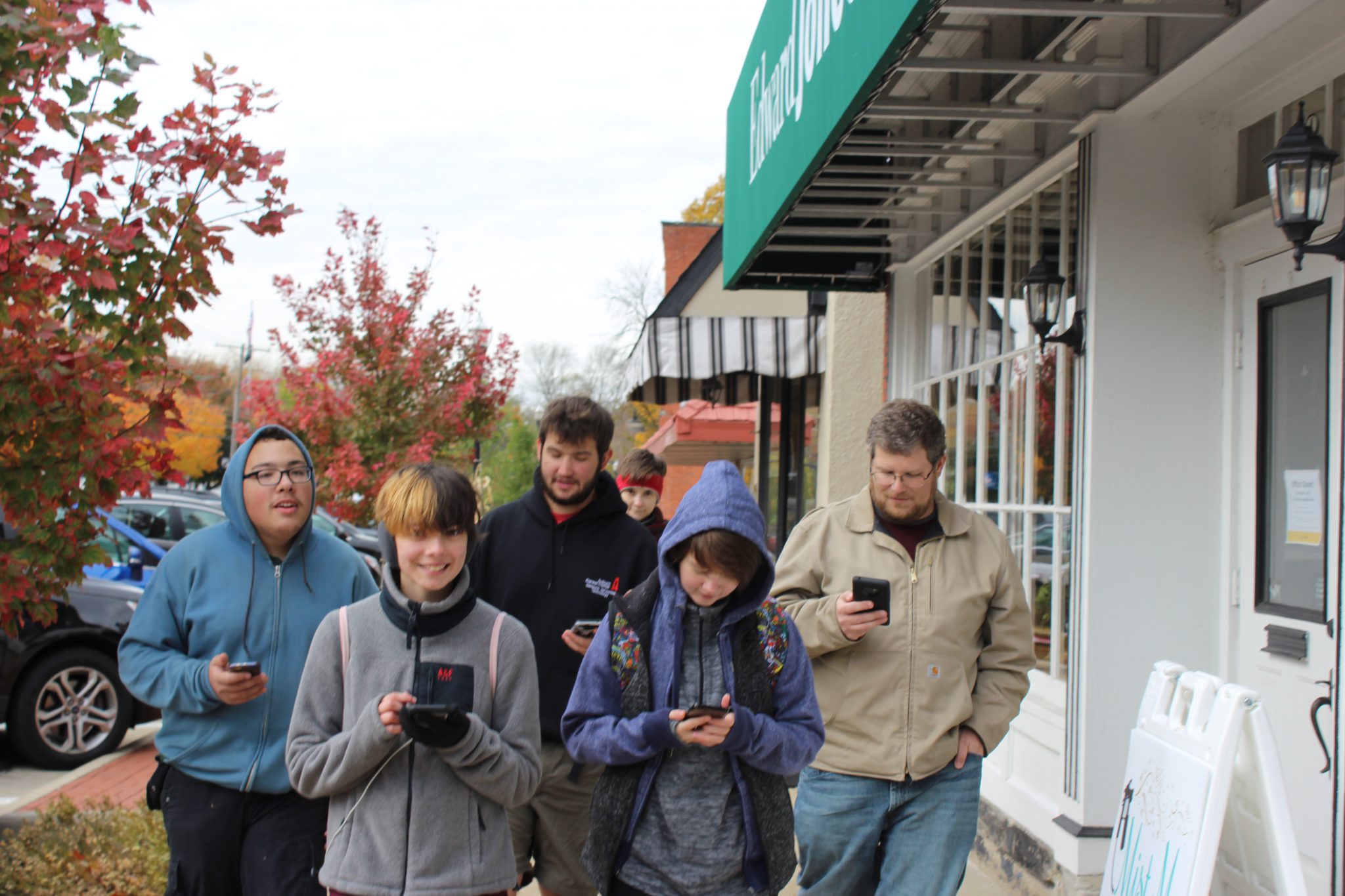 We eventually found ourselves posted up in front of the Fireman’s Memorial for an upcoming raid for Regice. With a 13 minute wait, a few of us split off to visit a nearby gas station to buy snacks. I got a liter of soda, chips, and some cheese sticks for Kristina.

Upon return, some of us realized that we were out of “Raid Passes” – an in-game item allowing players to participate in raids. Players normally get one for free daily upon visit any gym. With only a few gyms in Madison, a few of the students and myself were out of luck. I decided to spend a few real world dollars to buy some more passes for myself but unfortunately, with a smaller fighting party of just Charley, Shawn, Kristina, and myself we couldn’t defeat the Regice. I tried to complain about spending real world money. Kristina told me that I was “paying for the experience!”

And y’know what? She was right. I was a having a lot of fun. I didn’t even have to spend money. You can play this game 100% with out spending a dime.

Our 2 hour event turned out to not be long enough and Shawn and I are already planning on doing another one of these PoGO meet ups for the spring. I can’t wait.