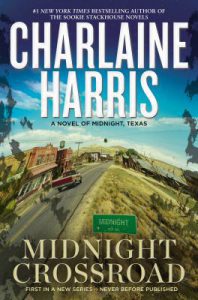 With boarded up windows and few inhabitants, Midnight, Texas looks like a typical dried-up western town. Stop at the one traffic light and everything looks pretty normal. Stay awhile and learn the truth…

Midnight Texas  is due to premier on NBC in July. See the Season 1 trailer below.