Home » Adult » Adult Books » Take your game night to the end of the world as you know it!

Set in a far, far distant future, the Numenera RPG puts a new spin on traditional fantasy, creating something unique to reinvigorate the imagination of gamers everywhere. Play characters who explore a world of mystery and danger to find leftover artifacts of the past: bits of nanotechnology, the datasphere threaded among still-orbiting satellites, bio-engineered creatures, and myriad strange and wondrous devices that defy understanding. Numenera is about discovering the wonders of the worlds that came before, not for their own sake, but as the means to improve the present and build a future.

Click here to place Numenera on hold for your next game night. 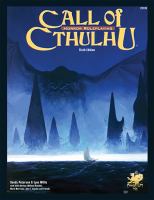 No swords. No wizards. Just regular humans, in way over their heads as they work to uncover the mind-shattering horrors of the Lovecraftian mythos.  Call Of Cthulhu turns the heroic fantasy of Dungeons & Dragons on its head, making investigation the focus of each adventure instead of combat. Using weak human characters completely outclassed by any threat they might face, this more or less ensures that, instead of a long campaign where you eventually become a mighty wizard or knight, you are probably going to die or go insane.

Click here to place Call Of Cthulhu on hold for your next game night. 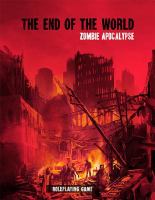 The End of the World: Zombie Apocalypse

Enter the end times with Zombie Apocalypse, the first book in The End of the World roleplaying line! The dead rise and stalk the earth, hungry for the flesh of the living. All that stands between a zombie and your brain are your skills, wits, and talents. Life as you know it is about to end, and one way or another, you’ll experience the apocalypse and make your way through the aftermath… if you can survive that long! If you’ve ever wondered how you’d cope with an endless onslaught of flesh-hungry undead, you can find out in Zombie Apocalypse.

Click here to place The End of the World: Zombie Apocalypse on hold for your next game night.

These games and many more can be found at the Madison Public Library in one of the largest freely available fantasy tabletop role-playing game collections around.