Home » Adult » The Glass Castle remains “nothing short of spectacular” 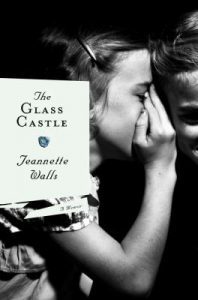 A perennial favorite for over a decade, The Glass Castle remains a memoir of resilience and redemption. Jeannette Walls and her siblings grew up in a deeply dysfunctional, yet lively and emotionally attached family in the heart of Appalachian poverty. The children learned to take care of themselves and each other. Their mother was flighty, self-indulgent and unwilling to assume responsibility for the children or their home. Their father was a brilliant, self-taught man with “a little bit of a drinking situation.” When they were young, their father deigned the family’s downward spiral a series of adventures, but as the children grew older they came to see the truth of their situation.

Rex, the father, had grand plans to build the family a home that only made it as far as a hole for the foundation. “The Glass Castle,” as the family called the dream, became a dump for family garbage and a metaphor for Rex’s life.

Walls and her siblings grew up and made successful moves to New York City, but even then their parents followed them and landed on their doorsteps. “Why not?” said their Mom. “Being homeless is an adventure.”

This fall, Lionsgate is bringing The Glass Castle to the screen with Brie Larson as Jeannette Walls and Woody Harrelson and Naomi Watts as her dysfunctional, sometimes homeless parents, Rex and Rose Mary. They are pitching it to have the appeal of Eat Pray Love, The Help and Julie & Julia.