Home » Children » These books are Dino-Mite! 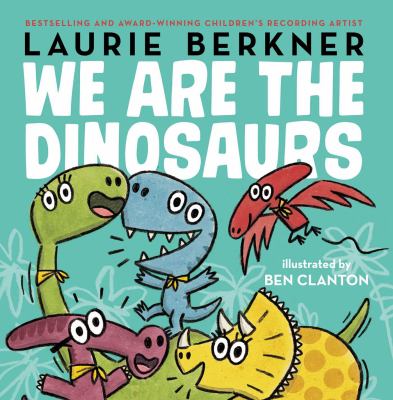 We Are the Dinosaurs 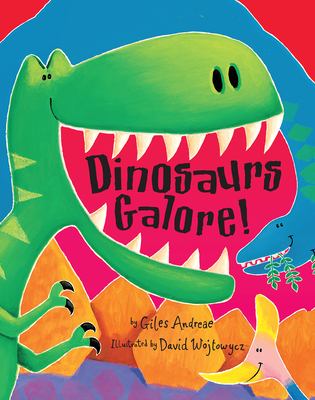 As the sun lights the horizon, and the mist begins to clear, what shapes do you begin to see; what noises do you hear? Perhaps you’ll see a swishing tail, huge footprints, or a beak. I think I heard a distant roar and did you hear something shriek? Giles Andreae and David Wojtowycz have combined their talents once again to create this funny, rhythmic and fact filled picture book about the lives of the great dinosaurs. From sun-up to sundown, meet the creatures who swam, roamed and flew over prehistoric earth. This title is brimming with vivid, bold illustrations paired with clever rhymes about every child’s favorite: Dinosaurs! 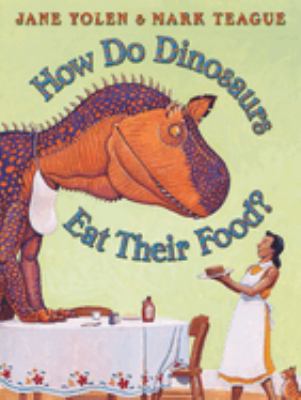 How Do Dinosaurs Eat Their Food?

How does a dinosaur eat all his food? Does he burp, does he belch, or make noises quite rude? Does he pick at his cereal, throw down his cup,hoping to make someone else pick it up? Just like kids, dinosaurs have a difficult time learning to behave at the table. However, with a little help from Mom and Dad, these young dinosaurs eat all before them with smiles and goodwill. 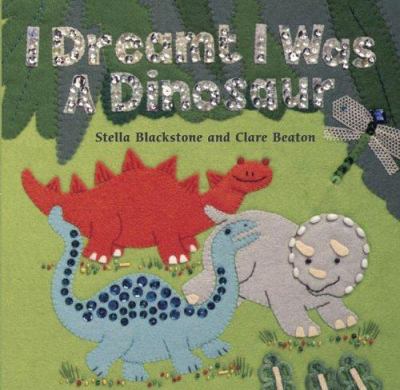 I Dreamt I Was a Dinosaur

I dreamt I was a dinosaur.You should have seen me romp and roar! Children will love the rhythm of the text and the fabric artwork in the illustrations. 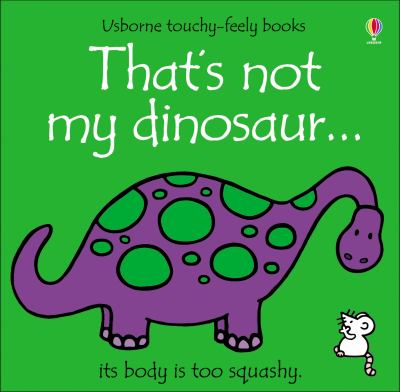 That’s Not My Dinosaur

Every double page of this book features an interesting texture to feel, such as bumpy teeth or slippery flippers, as the reader explores the surface of a toy dinosaur. Combined with simple text and illustrations this is intended to help very young children develop sensory and language awareness.