Home » Adult » Thriller with a Swagger 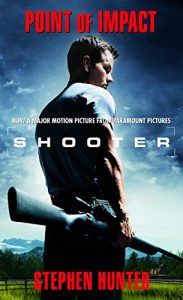 OK, so if high action thrillers with smart main characters who know how to get things done is not your cup of tea, then maybe not. But… if you love a hero, Bob Lee Swagger stories will not let you down! Retired as one of the world’s top snipers, Bob Lee is frequently called back to help a friend(s) or save the country. And while each has its own flavor and flair, each novel possesses a quality that only Stephen Hunter can impart.  Hunter’s unceasing knowledge of firearms and shooting, and the history and mystique therein is beyond reproach. Of course, being on good terms with many of the finest shooters – and firearms media types – on the planet doesn’t hurt either. Nor does having a genuine love of the history, tradition & pursuit of the shooting sports.

For a taste of Bob Lee, try USA’s series Sniper. Produced by Mark Wahlberg, the series captures the flavor of the man, but like all tv is hampered by the need for speed. To really feel the complexities of a man who is ready to live in quiet solitude with his family, who has given all for his country and then is betrayed by it and yet sticks to his principles again and again, you need to read the books. The stories have enough twists and surprises to keep you guessing. The only thing that makes finishing one bearable is knowing there are (currently) ten in the series to keep me busy!