The weather is not so pleasant outside and you and your family or you and your friends have finished watching your favorite Marvel or DC movie.  What should you do next?  Why don’t you try something new and different?  Whether you are an old hand at tabletop games or brand new, together with these superhero based tabletop games, you create your own tales of heroic action and adventure.  It will be just like your favorite superhero comic books, television shows, or movies.  You do not need any expensive computers or video game systems to take part.  You just need a book, some friends, and plenty of imagination.  The best part about adventure roleplaying is you are in control of the action!  Literally, anything you can imagine is possible, because you control the story. 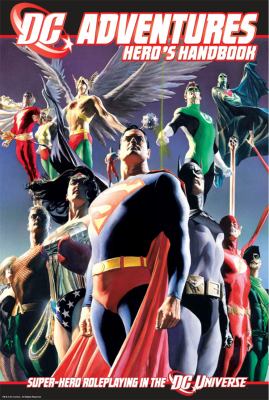 Join the never-ending battle for truth and justice in the DC super-hero universe.  DC Adventures is a complete super-hero RPG, based on the award-winning Mutants & Masterminds system.  Take on the roles of legendary DC heroes like Superman, Batman, or Wonder Woman, or create your own.  Become a hero of legend with DC Adventures!

Get started right away with a wide selection of hero archetypes, or build from scratch using a comprehensive creation system.  The Hero’s Handbook provides everything you need for hours of adventure in the DC Universe, including all the rules of the game, an overview of the original comic book setting, and details on major heroes and villains, complete with game information.  It is all presented in gorgeous full-color with art by some of DC’s most famous illustrators.

Click here to place DC Adventures on hold for your next game night. 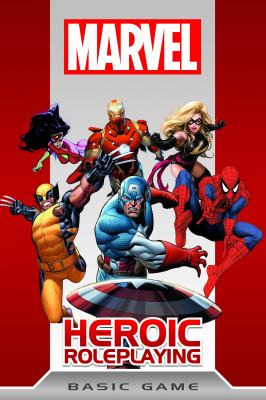 With the Marvel Heroic Roleplaying (MHRP), you can jump right into the action as Spider-Man, Captain America, Wolverine, or the other New Avengers when they face a prison breakout of titanic proportions.  From there, customize heroes to your liking, or model any of Marvel’s 8000+ characters and get ready for the spotlight.  The Operations Manual teaches you how to play the RPG in less than 15 minutes!

Once you have mastered the Basic Game, Marvel Heroic Roleplaying opens the door to fan-favorite crossover events in the history of the Marvel Universe.  Presented as fantastic open-ended adventure books, you take the roles of Marvel characters tied to these events.  Make your own choices, engage in world-shaking battles, and seize your own heroic destiny!  From Marvel’s Civil War to the Age of Apocalypse, every Marvel Heroic Roleplaying Event is its own self-contained epic adventure series, ready to play.

Click here to place Marvel Heroic Roleplaying on hold for your next game night. 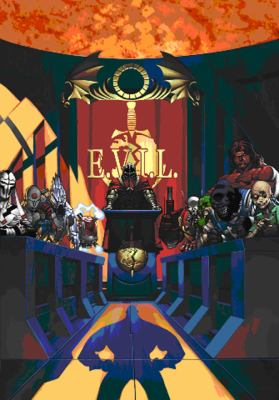 Since 2002, Mutants & Masterminds has earned its title as the World’s Greatest Superhero RPG, inspiring countless game sessions and winning many awards for excellence.  The detailed character creation system lets you create the hero you want to play, choosing from a wide range of skills, advantages, and power effects.  Customize your hero’s powers with modifiers to create an almost endless range of superhuman abilities.  Choose the complications your hero must overcome, earning you the hero points to achieve victory.  You can also choose from one of more than a dozen heroic archetypes, customize as you like, and be ready to play in just minutes!

The streamlined system of game play requires only a single die roll and features easy to use rules.  Play out an entire heroic adventure in a few short hours without long, drawn-out encounters.  In addition, the hero point system allows players to influence the flow of the story and pull off superheroic stunts in the best comic book tradition!

Click here to place Mutants and Masterminds on hold for your next game night.