Hi, and welcome back to the MadisonPL blog. We were gone for a while, but we’re back now and with a whole new attitude. My name is Joe P and I’m here to tell you all about my experiences with the events of the library.

Okay, so this post is a smidgen late – it was a really, really busy week last week. As you may know, this blog is mostly about the youths at the library and a nerdy things but today I want to talk about an event that took place last week: the annual An Evening at the Winery fundraising event at Grand River Cellars.

I’ve been living in Madison on and off since I was 9 years old (note: I am currently 30). It took me several years of being a Madison Marching Band member to feel that good ol’ hometown pride. Even so, I’ve never really felt like a part of the community until I started working here. It’s a small part but I wouldn’t consider myself insignificant – people wave, smile, and say “Heeey!” to me when I’m oot and aboot which always feel good (despite my innate awkwardness). But it wasn’t until I started to take part in events at the library that I started to tell myself that I’m not some impostor.

I don’t remember what year it was nor do I remember if it was during my volunteering days or actual employment days that I learned about the Winery event. I do remember thinking, “Oh, that seems really adult!” and quickly told my two oldest friends about it. They were all for it and we checked our schedules and adjusted them accordingly for that upcoming Monday. A Monday seems like a weird day to have an event, but so far it’s worked effortlessly for us. Get out of work (a bit early if needed), spruce ourselves up a bit, and go to the winery for a chill evening. We’ve been the youngest group of folk there these past few years and it’s always been a blast.

Fast forward to the present. This year’s Winery event was on Sept. 16, my buddies got their tickets the week before and I got mine (and my lady‘s) the day of because I happened to work that day. (Tickets are $25, btw.) I got a message from one half of my buddies, we’ll call him G, mentioning that his wife (the other half, we’ll call her E) will be driving directly from work to the event and if I could give him a ride. Easy peasy.

G was spruced up in a solid light blue shirt tucked into a nice pair of dark slacks. My lady wore a similarly blue outfit… and I… well I just wore what I wore to work, a light purple polo.

We arrived shortly after 5 p.m. and I noted a perfect spot for our party to sit at – two round tables pushed together for a total of 6 seats. Thankfully, it didn’t rain this year and the patio seating was absolutely pleasant. We headed in, handed over our tickets, had our ticket stubs handed back to us, and beelined to the table. I normally carry a small bag of stuff with me that I use to mark that the seats have been claimed, but this year G said that we’ll just sit until E and her parents show up. During this waiting period, my lady needed to go to the car to get her sweater and I accompanied her to say my “Hullos” to my fellow staff members operating the event.

While G sat and listened to the band, Full Circle, I got myself a glass of Chardonnay (poured by our very own Melanie) and a nice modest plate of munchies from the appetizer buffet:

Note: I don’t really like alcohol, but I told myself that I will finish this glass of wine.

Note2: I did. It was a surprising.

When I got back to the table I said to G: “Sorry, got food, couldn’t resist.”

“I expected so,” he responded.

It wasn’t long after that that the rest of our party showed up. It was then that I noticed that the turn out for the event was quite nice. Every table was full of people and those people were full of smiles. Now that we were a full group, we got up and took a look at all the available Chinese Auction prize baskets (lovingly assembled by our very own Sandy here at the library). There were 18 baskets this year – a couple of paintings depicting Amish life, Playhouse Square tickets, and a cupcake basket with various baking supplies to name a few. My lady and I decided to get 6 tickets each for the prize baskets and 24 tickets for the 50/50 raffle. She was hoping to win the cupcake basket or a basket of western books, I was shooting for a painting of “Amish Boy” and the Playhouse Square tickets.

While I was milling about inside, I could hear the band playing and they were amazing. The band consisted of a trio of men on bass, acoustic, and semi-hollow electric guitars. They each sang for at least one song, and would regularly provide each other with harmony vocals. They also played a handful of other instruments, but what really stood out were fiddle skills of Ken Notte – the crowd was absolutely wowed by what this man could do. In fact, the final tune they played featured an extended fiddle solo that I wanted to give a standing ovation to. I looked over at G and said: “I really respect these guys!” and we set about planing our next small jam day now that we felt inspired.

During all of this, we chatted and caught up with each other and other friends encountered at the event. It always amazes me seeing who knows who and how they know each other. Eating, laughter, and hugs, what more could you ask for?

Once Full Circle finished their final piece, Director Dee Culbertson took to the stage and thanked everyone for their support. The prize baskets were then brought up and tickets were drawn. I’ve always enjoyed this part – sure I never win, but I love seeing and hearing all the jokes and mishaps that happen during the prize drawings. Maybe some tickets are dropped, or there’s an awkward pause while people try to figure out where one of the winners are. There’s always a laugh somewhere.

Also. We won nothing.

No biggie. It was a fun time and that’s what really matters to me.

As the event came to an end and plates and tables were cleared, I patted my friends on the back and said my goodbyes. Another year, another winery event. I left happy and look forward to next year.

Our next big event is the Community Expo and 4th Annual Pizza Cook-off on Wednesday Oct. 9 at 5:30 and the next fundraiser event is the Spaghetti Dinner in the Stacks – the date is still TBD but if you’re wondering, it’s usually sometime in March. Keep an eye out on our calendar and the Friends Newsletters.

Special thanks to the Friends of the Madison Public Library for their continued support of the library. 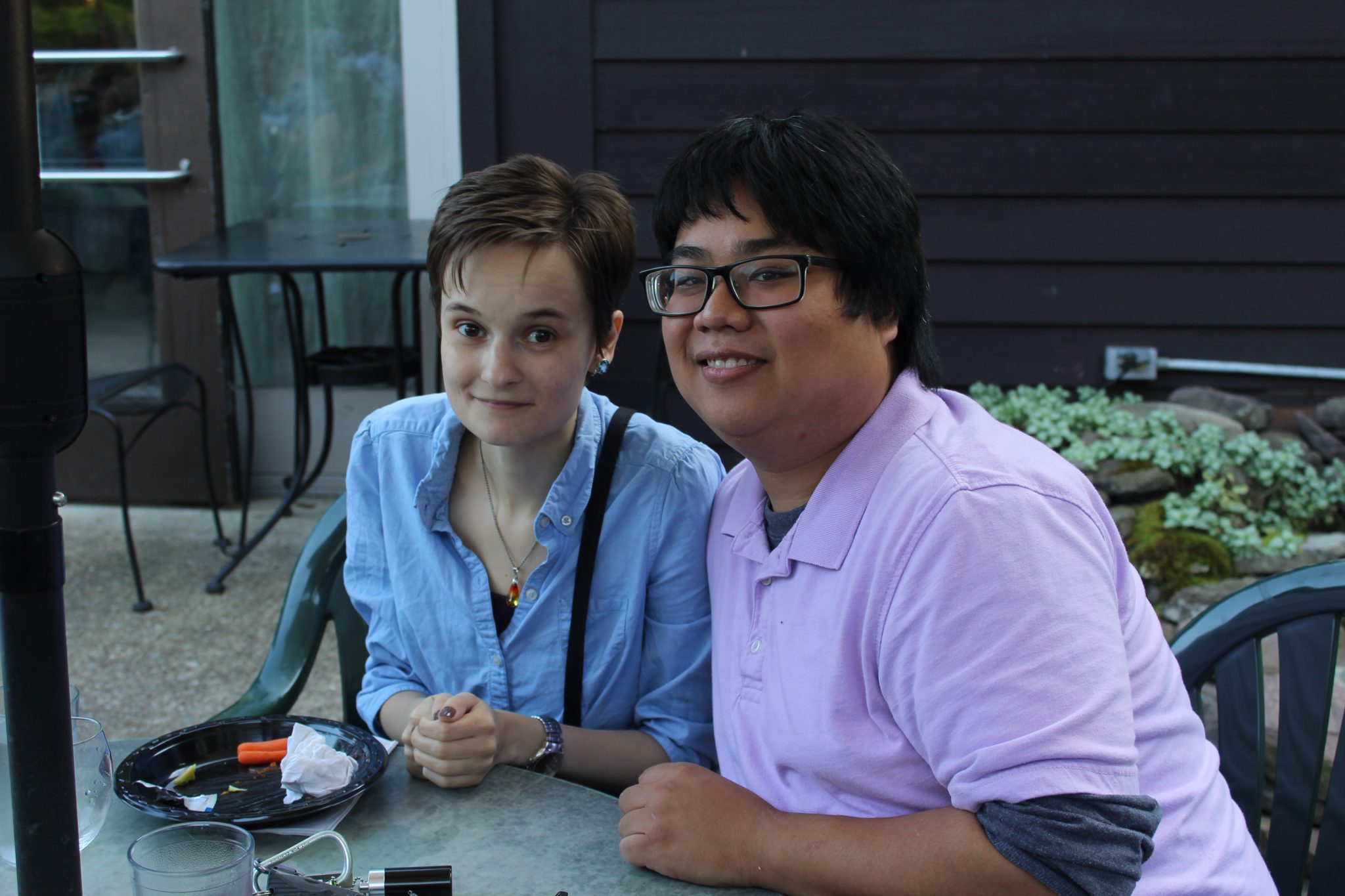 I really need a haircut.